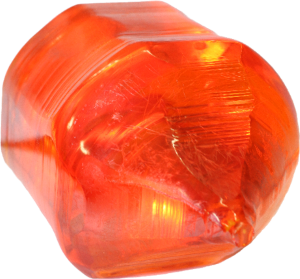 Langasite - Lanthanum Gallium Silicate, is a piezoelectric crystal of gallogermanate family, having 32- symmetry class and described by the chemical formula: La3Ga5SiO14. Method for the production - the Czochralski method. It is used in the production of wafers for surface acoustic waves devices, direct piezoelectric effect sensors bulk acoustic waves devices. Due to the absence of pyroelectric effect, hysteresis of properties, the absence of a phase transition up to the melting temperature (1470°C) and the presence of temperature compensated cuts, Langasite is used where the temperature dependence of electrical signal is important.